Surely I wasn't the only puzzled prog fan when Blackfield project took life, featuring the Israeli pop idol Aviv Geffen side to side with the new progressive hero Steven Wilson. Nonetheless, Blackfield survived and can now be considered as a remarkable success, both in artistic and commercial aspects. This song, "Hello", is the closing track of the band's self titled debut album and I think it's one of the shortest and simplest songs in this blog. But it's also a very beautiful one, perfect in his own genre. 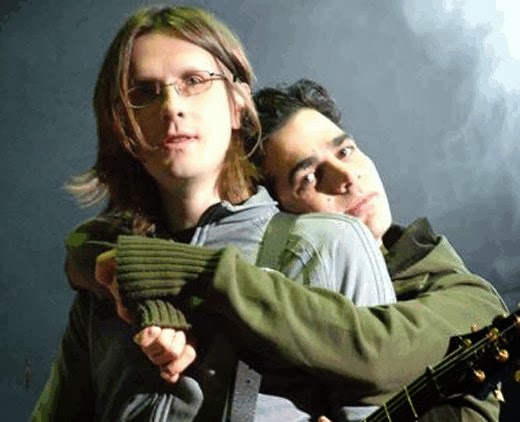 
"Hello" isn't an adventurous composition, but its fascinating, Floydian ballad structure is exalted by Geffen's soft voice and a clever arrangement, featuring a slide guitar, a quiet piano, a pinch of strings and a short and effective Gilmour-esque solo. There's a kind of magic in such a discreet song, based on its melodic solid ground and on its small sized and rather sad sense of wonder. No, you definitely don't need 15 minutes to build up a good (and proggy) song, especialy if Steven Wilson is involved.
Pubblicato da Domenico D'Alessandro a 22:42