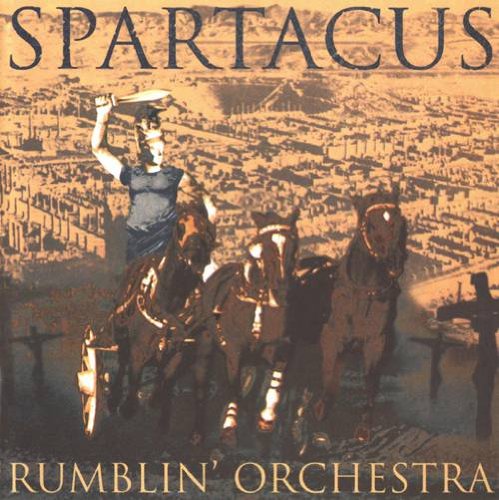 
Not only the music is very well played and arranged, but it is build up on solid compositions and beautiful tempo variations. Even if keyboards are the foremost instrument here, a great deal classical instruments provide a coherent and original sound. And after all, coherence and union aren't so strange when family ties are concerned: five Rumblin' Orchestra members out of six belonged to the same family!
Pubblicato da Domenico D'Alessandro a 10:34 No comments:

I don't need to introduce such a masterpiece to my readers. I just like to remember how important "Take A Pebble" was in the powerful trio history. Not only this track is one of their early achievements, but it also features all the highlights they'd be famous for. A gentle ballad, an awesome piano, a diversified and unpredictable structure and, of course, a mix of different genres, from folk to jazz and from the symphonic rock arrangement to the improvisation-like section.


The rythmic pattern is a very original one, including soft percussions and hand clapping, while Greg Lake's beautiful voice tops the cake. This is how prog rock should sound like: gentle and sparkling, flowing and - most of all - open minded. About the lyrics, the metaphor sea = life can be a largely exploited one, but is beautifully written and matches the music perfectly. What else? Just listen to this once more...
Pubblicato da Domenico D'Alessandro a 09:13 No comments:

Just a few bands around the world chose the eclectic and winding road to prog this Brazilian band took. From their first psychedelic and Sixties-oriented albums to their latest prog releases, they created their own original and interesting musical world, each record adding some new ingredients to such a spicy recipe. This track opens the album "Espectro" (meaning "Spectre") and fluctuates in and out of space rock, folk ballads, classic prog and fusion with a surprisingly natural and mild mood.

"Espectro" was the sixth studio album by Violeta de Outono.


The soft vocals and the space rock touches provide the atmospheric part, while the instrumental breaks - solos and interplays - add a lively and thrilling side to the track. The psych roots are also there, along with a vague Italian Prog echo. Really, this is a great way to start an album and a brilliant, diversified example of eclectic prog.
Pubblicato da Domenico D'Alessandro a 08:54 No comments:

Eela Craig were one of the first Austrian prog bands ever, as they released their debut album in 1971. These boys from Linz gathered many influences from the English early progressive bands, mainly Pink Floyd and Genesis, and eventually enriched those (very good) roots with an original mellow twist, a strong symphonic pattern, a pinch of jazz and also some Christian lyrics.

The original 7" single b/w "Cheese". Both tracks are available
on the CD version of Eela Craig's debut album.

I especially like their pastoral side, something you'll find in "Stories", a non-album song, released as a single in 1974 and now available as one of the bonus tracks of their debut self-named album's CD re-release. This Mellotron-driven track has a spacey background and a vaguely folk melody, a combination I happen to like. You'll also appreciate the instrumental final section, midway between Trespass-era Genesis and early King Crimson. Relax and listen to them...
Pubblicato da Domenico D'Alessandro a 09:11 No comments: