Taken from Alquin's second work "The Mountain Queen", this rather long song (more than 13 minutes) is an unusual example of Dutch golden era prog with an eclectic approach. There's a continuous duel between Hammond organ and electric guitar here, but the rest of the band also contributes with creative bass lines, delicate vocals, beautiful cymbals and a pinch of winds. 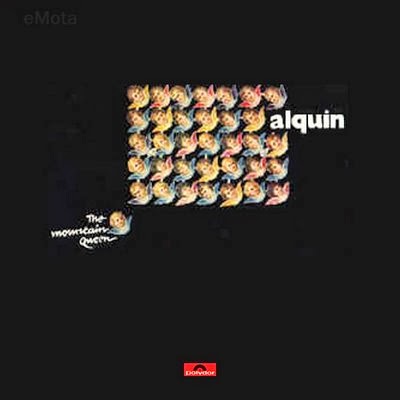 
The tempo is usually up, with slow, arcane interludes and some well found changes, while the general mood couldn't be more '70s, including some King Crimson, early Pink Floyd, psych and Canterbury inspirations. Nothing is writtene, here, and the band knew very well how to amaze the listener, offering vivid solos and ballad-like themes following one another in a fluid and slightly acid atmosphere. Just close your eyes and you'll see hippy festivals and long haired youths everywhere! Well, this is not a deadly sin, after all...
Pubblicato da Domenico D'Alessandro a 16:50

Email ThisBlogThis!Share to TwitterShare to FacebookShare to Pinterest
Etichette: 1973, 70s, Alquin, The Netherlands