Edison's Children are a very interesting collaboration between Pete Trewavas of Marillion and Eric Blackwood, an open minded artist from New York. I immediately liked their first album, "In The Last Waking Moments...", a concept based on a sci-fi canvas. "The Awakening" is a two part epic, featuring three other Marillion members as guest musicians: Ian Mosley, Steve Hogarth and Mark Kelly. This is probably the proggest track of the album and for sure the most intricated one, including many themes from the whole album, a highly creative bass line and a speldid Eric Blackwood's guitar solo dominating the second part of the suite, titled "Slow Burn". 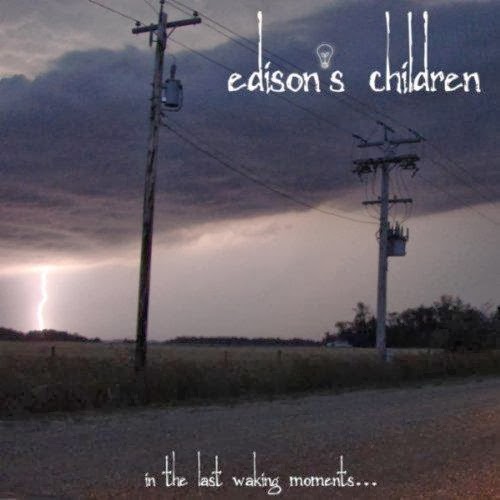 
What I really like in this song is its emotional side, its intense suspended atmosphere and the vast range of acoustic and electronic sounds  it contains. When you play slow and ethereal music the risk is to get humdrum... well, I can't imagine something less monotonous than this track and its insensible crescendo from the dark intro to the melting and choral finale is one of the best things I listened to during the 2010s. Great. Simply great (IMHO).
Pubblicato da Domenico D'Alessandro a 23:09