Taken from their first album "Musiciens-Magiciens", this "je suis d'ailleurs" ("I'm from Elsewhere" in English), is probably one of Atoll's most original songs, with its mysterious opening, followed by a  syncopated rythm and a series of amazing musical inventions. If the first half of the song (more than 4 minutes) is drum-driven, then a gentle ballad opens the space and the keys come in, painting an aerial picture. The final part is once again ruled by highly creative, somehow experimental percussions. There's nothing trivial here, and the whole song is deep and evocative, like an arcane ritual, but never unpleasant or puzzling... just intriguing and anticipating. 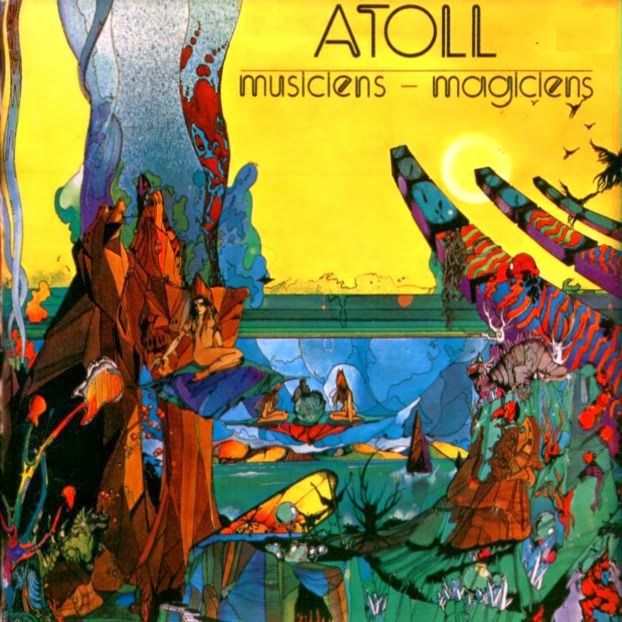 This was the debut album of Atoll.


The contrast between the central melodic part and the challenging rest of the song suggests the image of a beautiful island surrounded by a dense and frightening ocean of fog. The best way to end up this introduction is to put here the complete (and very short) lyrics of the song (I apologize for my rough translation):

An adrift ship, / bridges of light / with an opalescent reflection / light the Oceans.