Back to the Seventies, here you are a long epic by Israeli band Atmosphera, taken from their only album, released in 1977 and re-released in 2002 with an entire bonus CD. Efrayim Barak's voice sounds much like Jon Anderson's, but Atmosphera aren't just another Yes clone: their music ranges from Procol Harum to Camel, including glimpses of Genesis, Pink Floyd and - of course - Yes. Rather easy and melodic, this composition also features more tricky passages, some interesting keyboard and guitar solos (Moti Fonseca has an excellent touch, IMHO), and I especially like Yuval Rivlin's piano and Alon Nadel's intriguing bass lines. 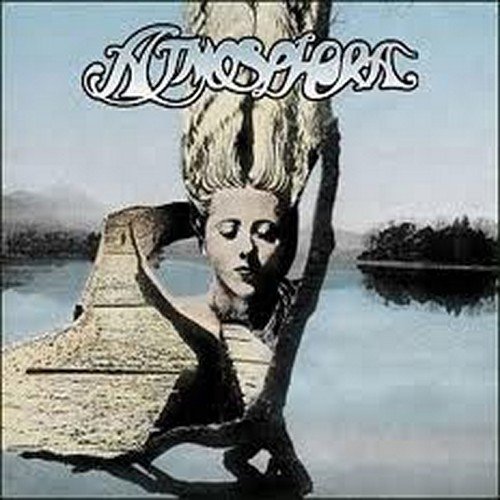 The 2 CDs version  also includes a videoclip of Lady of Shalott.


This suite (well, it is virtually a suite, even if an undivided one) has a solid and coherent pattern and isn't a mere period piece, being as enjoyable as it was in 1977. Some tempo changes actually strike me, and each passage seems to me well conceived and even better performed. In short, if you're searching for neglected jewels from the Golden Era of prog rock, this one's for you.
Pubblicato da Domenico D'Alessandro a 09:16 No comments:

The Chant are a Finnish band born during the 1990s, but their debut album was only released in 2008. This track, "Outlines", features some of their best qualities: it begins like many other post-rock compositions, then it unfolds a succession of diversified and fascinating atmospheres. Being a 7 members band, The Chant can put into their melting pot a good deal of instruments, encouraging an open-minded approach and a well assembled songwriting.

"A Healing Place" was the third studio album by The Chant.


I like the way they alternate full-bodied, thick passages and almost bare vocal-piano or vocal-guitar breaks. Sure, some of their moods aren't brand new and follow the contemporary post-rock trend, but The Chant are more than this, and a warm and definitely prog soul springs up when you don't expect it.
Pubblicato da Domenico D'Alessandro a 09:53 No comments: