By the late '70s just a few prog bands existed in Eastern Europe and Tako were part of this short list. This Belgrade-based band had an eclectic approach to symphonic rock, an original sound and a Jethro Tull flavour too, thanks to keyboardist Đorđe Ilijin's flute incursions. Their first self-named album included this 16 minutes track "Druga strana mene" (meaning "The Other Side of Me"), where atmospheric moments, liquid guitar solos, rock riffs and flute passages follow each other setting up a riveting instrumental prog, full of fantasy and well found melodies. 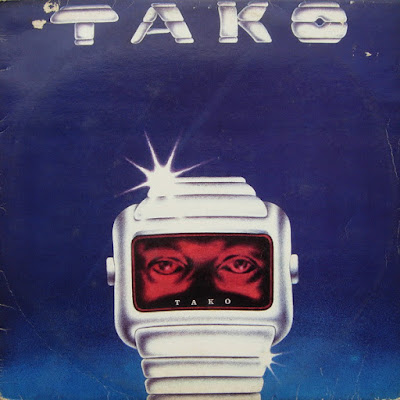 
I especially like the way Slobodan Felekatović's drums gently stress the keyboard rising themes, and also Miroslav Dukić's dreaming guitar and - most of all - the way these musicians link different musical worlds into a strong and coherent frame. Time has come, IMHO, to re-discover this band, whose short discography (two albums, no more than this) offers a bunch of real treats to the prog ears.
Pubblicato da Domenico D'Alessandro a 16:12 No comments: