Haze are one of those brave bands fighting the Prog Resistance Wars durind the early '80s and finally allowing our favourite genre to survive. Useless to say, I'm partial to such a bunch of musical heroes, that's why I always listen with pleasure to this Sheffield based act. As this song will testify, Haze's prog has an excellent rock texture on which they build up a solid and elegant music despite the low budget production of their early works. "The Ember" has the genuine taste of those border crossing years, mixing the classic progressive rock sonds with the new wave ones. 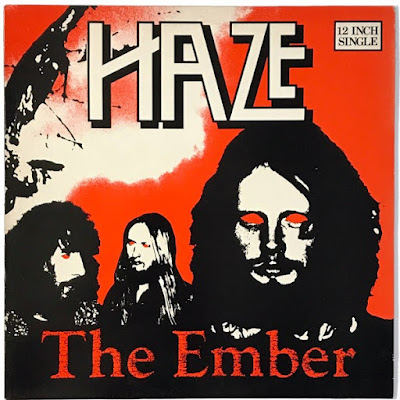 
The final result is definitely anchored on the rocky solid ground, but you'll finde there the right amount of lightness and melodic inspiration you expect from a neo-prog band (and neo-prog is not a reductive term in this blog!). It is amazing how these musicians, that only released two EPs during their roaring days (their first studio album came out in a 2013 reunion) atill sound so fresh and punchy...
Pubblicato da Domenico D'Alessandro a 09:39 1 comment: