Arcane and solemn, this Austrian band's music has its own characteristics. This track in particular has a krautrock taste, a space rock atmosphere that still interests me. Paternoster released a sole self-named album in their career, full of weird-sounding songs, between pure progressive and experimental electronic rock. "The Pope Is Wrong" features an excellent drumming work and a manifold collection of electronic effects, but also a series of acid sounds that remind me the psychedelia and certain proto-prog bands. 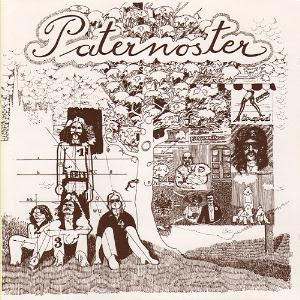 Paternoster released this album as a fivesome.


Something tells me the band could have heavily progressed, but unfortunatelty we just can enjoy their first essay. A last mention goes to the Church organ Franz Wippel played very well (after all, the pope himself is involved in the song title!) and to Heimo Wisser's effective bass lines.
Pubblicato da Domenico D'Alessandro a 17:05