This is one of the most intriguing tracks in the '70s Italian prog scene, and it's the title track of PFM's third Italian album. It also exists in English, titled "The Mountain" as the opening track of the album "The World Became The World", also released in 1974. As usual, I introduce here the original language version. The stunning choral intro is probably the most known feature of the song, even if I'm fond of its elecric guitar work, including the first sharp riffs that completely change the track mood after the above-mentioned arcane and classical choir. 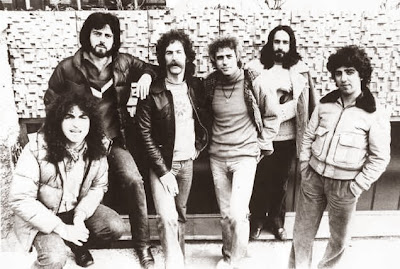 The following vocal arrangements are beautiful too and so are the keyboard / guitar plots enriching the instrumental passages. That said, the main feature of this song, IMHO of course, is its magic and suspended atmosphere, something the Italian title suggests (L'Isola di niente means The Isle of Nothing) with not so hidden references to Neverland and to so many islands from our childhood's dreams.
Pubblicato da Domenico D'Alessandro a 09:59