It is Always difficult to say something more about such a famous and inspiring song. "Astronomy Domine" is the opening track of the first Pink Floyd's album, "The Piper at The Gates of Dawn" and one of the most strictly linked to Syd Barrett, the first and not forgotten leader of the band. Music and lyrics draw the picture of a fantastic stellar trip Barrett did under the LSD influence. The bass line is somewhat distressing and the dramatic and psychedelic repetition of sounds and rythms enhance the gloomy mood. 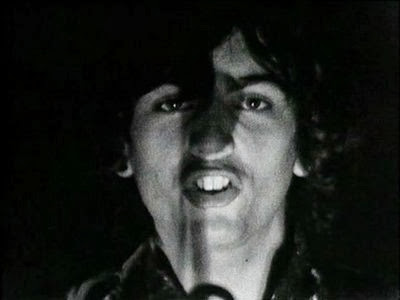 
But there is also a synfonic though chaotic wall of sound describing a whirling universe, something like a Van Gogh's sky. I also like the working sub-title of this song, "An Astral Chant", reminding me of an ancient ritual, the well known unusual chord progression and the hypnotic series of planet and moon names in the lyrics. The word for all that is devastating.
Pubblicato da Domenico D'Alessandro a 12:29