Red Sand are a proud band, they really are. Their extra-melodic prog, something like Marillion meet Camel, will never rule the world charts and isn't exaclty what the music magazines acclaim. This "Empty Calendar", the opening track of the "Music for Sharks" album shows what Simon Caron & friends like and the music producers dislike. It's a well written and well performed neo-prog with a slow and majestic keyboard carpet on which the electric guitar draws its dreamy frames. 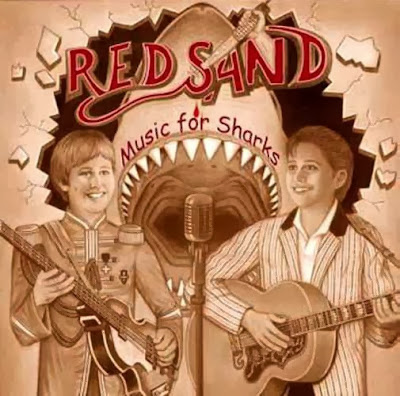 Music for Sharks is dedicated to the music industry "sharks".
They'll never release a Red Sand album... but they're wrong, IMHO.


The Floyd-esque intro introduces the listener to Caron's musical Neverland, made of sweet and sad stuff, and the guitar solos really make me feel like one of Peter Pan's Lost Boys. I also like this track because of its sincere lyrics about the band's notion of music: When I write a new song, Caron says, I don't think it's my best, but I know it's not my last one, I feel it reflects my loyalty. True, Red Sand are loyal, they give me what they promise, no more nor less than this. And I hope they'll always do so.
Pubblicato da Domenico D'Alessandro a 16:57