Direction is a Canadian act whose discography ranges between neo-prog and mainstream rock, including many Golden Era quotations and also a very good composition work. Take this "Soldat" ("Soldier", in English), coming from their album "Est" (meaning "East", of course). There's an excellent theme, growing up measure by measure and incorporating some beautiful instrumental bridges. It's like an expanded ballad, based on a rather martial drumming and a good vocal performance, until a wall of sound instrumental part comes in to enrich the big picture. 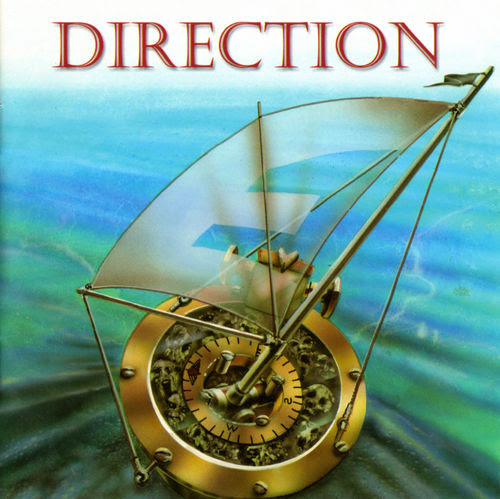 
The final section gets heavier and all the instruments reach their volume peak, introducing a discreet but effective guitar solo. The actual finale is a beautiful series of effects, including bells and vaudeville sounds. A plain neo-prog song, but I don't know why I like it, and I feel at home when listening to it. Thanks, my Canadian friends... better: merci!
Pubblicato da Domenico D'Alessandro a 18:26