This is the 12 minutes opening track from English musician Jason Hart's musical project and album of the same name. This guy is a current (2013) member of Renaissance's latest incarnation, played in Rufus Wainwrigth's band and gathered some good musicians for this CD, including Marillion's Steve Hogarth covering a Wainwright's song.  This project really is a Multi-National one, as most of the musicians involved are well known American session men. I was really impressed when I first came to listen to this record. It reminded me the Alan Parsons Project, but with a more prog band twist. This song, in particular, is based on an excellent sung melody and the eventual instrumental variations show how much Jason learned listenting more and more to his '70s and '80s models and how much he created his own trademark anyway. 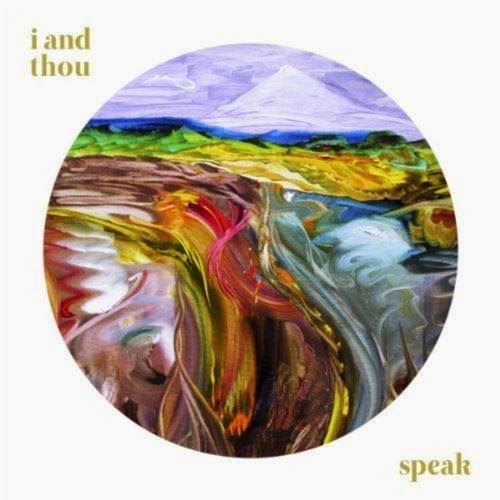 A colourful waterfall: the art and the music are one.
And it's a painting by Annie Haslam...
One of the best features in "Speak" is the bass work, by John Gargano, supporting and enriching Jason Hart's piano and assorted keyboards. Another winning point is the neat and round sound, so deep and definite, just like a scented spring evening. This isn't an adventurous song, nor an experimental track, but we all need sometimes a little musical rest. And this is the best one I can imagine for me.
Pubblicato da Domenico D'Alessandro a 17:59

Email ThisBlogThis!Share to TwitterShare to FacebookShare to Pinterest
Etichette: 10s, 2012, I And Thou, Multi-National