Glass Hammer actually are an excellent band and many fans consider their 2000 album "Chronometree" as their best work. "All in Good Time" fills the greatest part of the CD, split in two parts, each one a suite of its own. The first one features six movements for a total duration of 23 minutes. It's a varied, symphonic, well structured epic whose recurring themes and musical solutions show a keen study of classic era prog and also a personal and never-too-serious reinterpretation of that materials. Later in their career, maybe Glass Hammer went too much Yes-oriented, but here you'll find a well balanced inspiration feeding a richly textured music. 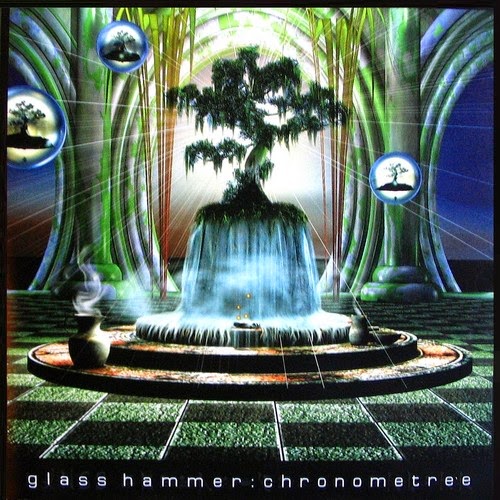 
The lyrics are also worth some words. It's a rare case of meta-prog , as we learn the story of Tom, an obsessive prog fan who begins to hear mysterious messages from outer space hidden into his "Close to The Edge" microgrooves. So, he listens to it more and more and even writes down those aliens' messages about a mysterious science called Chronometree. Finally, he gets a nocturnal meeting with the ETs... but unfortunately they don't spring up. So, in the second part of the suite, Tom is obviously disappointed, but - at least - his notes about Chronometree are still there. Those are ironic and clever lyrics matching with an excellent music!
Pubblicato da Domenico D'Alessandro a 09:28