Taken fron the Strawbs' most successful album, "Bursting at The Seams", this song isn't a commercial one at all. Full of sadness and visions, it features in its first half a suspended vocal performance floating downtempo on a changing landscape, including some folk resonances. The second, mostly instrumental section is a treat... the song was inspired by a walk along the Dover sea wall and Dave Cousins actually captures the sound of the waves and the seashore changing moods. 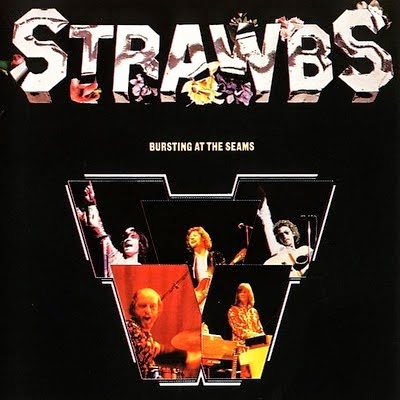 "Bursting at The Seams" peaked at number 2 in the UK Charts.


That's why the track is clearly divided into two different movements, the first one depicting the rage of waters and the second one illutrating their eventual stillness. I like such a two-faced track and I admire the Strawbs' mastery when it comes to echoes and musical depth. It is also interesting to observe here that this song is often played after the ballad "The River", to form kind of a suite. Anyway, "Down by The Sea" has an unusual architecture (I think Marillion did something like this many years later with "Easter") and an excellent way of mixing different genres and atmospheres... that's the prog, baby.
Pubblicato da Domenico D'Alessandro a 11:20