One of my favourite songs ever. That said, this deep, obscure and bittersweet piece of music is the title track of 1995 Marillion's album, kind of a hidden concept album about fame, decline and death. It's a highly emotional song, based on a sharp exploration of the inner regions of conscience. Hogarth's performance is one of the most sensible of his career, featuring a wide range of feelings and perfectly supported by a warm and well-calibrated ryhtm section. 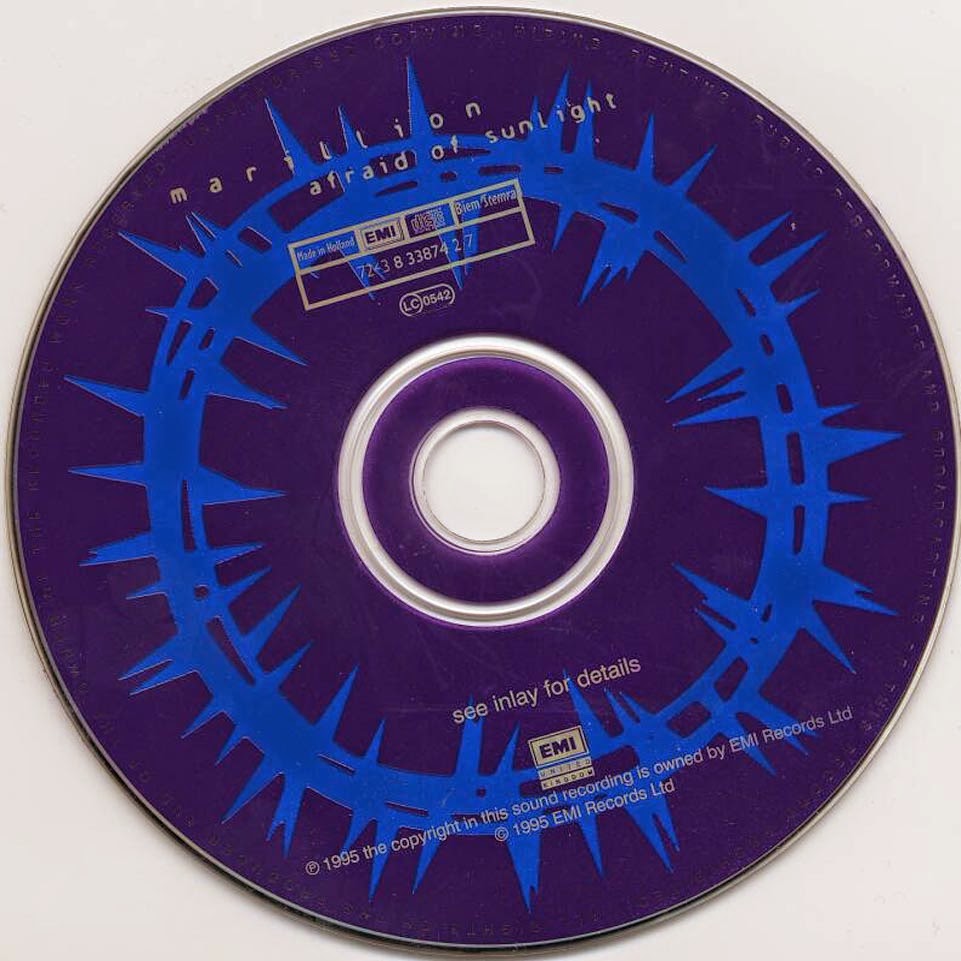 Some fans say this song is about a vampyre.
I dont' think so, but there's definitely a dark mood in the track.


The instumental section is like a dark dream and Steve Rothery's guitar solo... well, it's a Steve Rothery's solo! I recommend to listen to this track just after its campanion song "Afraid of Sunrise" (the album's fourth track) to appreciate the delicate variations of the same main theme. But then, I understand, it would be difficult to cut away "Out of This World" that saparates the two "Afraids". Well... just try!
Pubblicato da Domenico D'Alessandro a 10:27