We all should be more grateful to Eloy. They were one of the very few European bands having such a long and continuous discography through five decades despite all the musical changes around them. In particular, their early '80s production encouraged the neo-prog movement and was an unfailing source of inspiration in the darkest days of progressive rock. The album "Planets" was released in 1981, featuring a complex science fiction concept, kind Space Opera meets Cosmogony, and this track is by far my favourite one from this project. 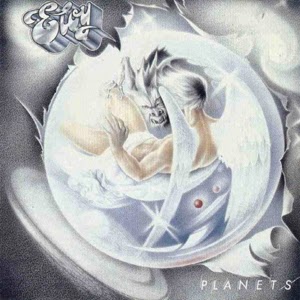 It's a 7:42 minutes song with lots of tempo and arrangements changes, beautiful melodies and very good solos too. Based on traditional symphonic rock solutions, "Mysterious Monolith" also features a good deal of electronic sounds and these updated keyboards proved full of consequences in the forthcoming neo-prog era. Despite the strange lyrics about a weird and almighty monolith, this song has an emotional charge I really like.
Pubblicato da Domenico D'Alessandro a 12:45