Clearlight is a musical project by the French artist Cyrille Verdeaux, started in 1973 with the "Clearlight Symphony" whose 20 minutes first movement I'm introducing here. Classically trained, Mr. Verdeaux plays a lot of keyboards in this track, meaning all the models he could find in 1973. But this track also features important contributions from as good musicians as Steve Hillage (guitars) of Gong fame and Tim Blake (adfditional synths and percussions), who played with Gong too and also with Hawkwind. This movement begins with two classically inspired sections (the first and the third section, but Verdeaux didn't divide his track, so I'm doing it myself) and a free experimental and psychedelic second section. 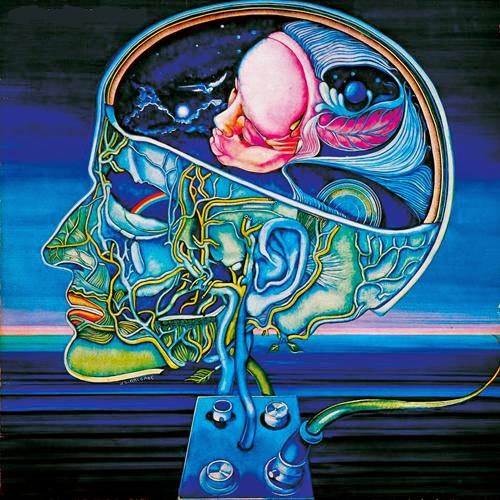 
I really like this strong melodic / experimental contrast, so that when Hillage comes in - in what I'd call the fourth part of the suite - all is ready for an emotional peak. Then, the piano introduces another experimental phase, including a piano / electronic keys interplay and at last the grand finale appears with all the bombastic effects you can imagine. I'm sure many of you will like this track (and the whole album) as Cyrille Verdeaux really put in it a bit of anything an old prog fan is looking for.
Pubblicato da Domenico D'Alessandro a 11:56