When Genesis decided to open their 2007 Turn It on Again tour with this track (or more exactly with its intro) some were disappointed. I didn't think so: "Behind The Lines" was indeed one of the best album openings ever and surely is one of the most energetic and fully progressive tracks from the '80s. The keyboard intro has a very special strength, while the sung section displays an unusual r 'n' b side of the band, something Phil Collins will explore during his solo career. The instrumental passages are based on mighty chords but never include proper solos, so that the entire track celebrates the unity and the force of the band far more than the skills of its members. 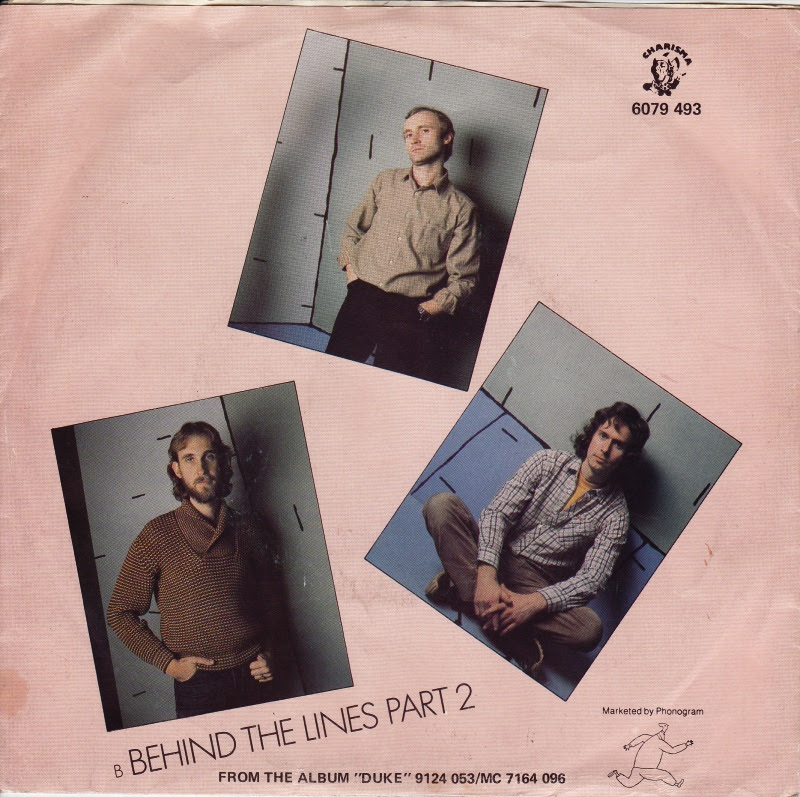 An edited version of this song was released as the B-side of
"Turn It on Again" 7" single.


That said, we can't underrate Mike Rutherford's excellent work: his bass guitar drives the entire song through broken rythms and syncopated beats, creating a unique sound that will inspire some of the forthcoming neo-prog heroes. A special mention goes to the final link to the following track (that's "Duchess"), where the pyrotechnical energy of "Behind the lines" is gently broken up and keenly softened the way a fire goes down to embers.
Pubblicato da Domenico D'Alessandro a 17:47