Solaris are usually known as the band of "Marsbéli krónikák" (or "The Martian Chronicles"), but these Hungarian musicians also wrote and released other excellent albums, among which I recommend "Nostradamus - Book of Prophecies" or, in Hungarian, "Nostradamus – A próféciák könyve". It features the "Book Of Prophecies suite, divided into three parts (Foreword, Birth of Visions and At the Gate of Eternity). The melodic structure of this 20 minutes track is rather plain, based on a main theme and a manifold series of variations. 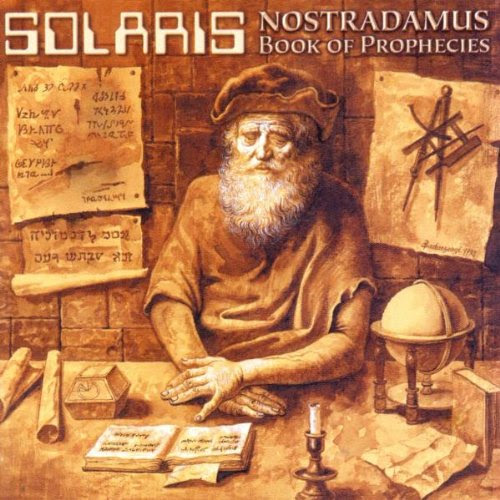 "Nostradamus" was the third studio album by Solaris.

The general plot is that of a crescendo in both volume and complexity. The ethereal mood of the first movement develops into an almost symphonic arrangement. New musical elements  come in step by step and bring the track to a lush and even experimental finale. This avant-garde and tricky edge is another good reason to treasure "Book of Prophecies suite".
Pubblicato da Domenico D'Alessandro a 09:12