In the wide and never enough explored proto-progressive galaxy, this song deserves a special place. Firstly, it's an East Europe band's track, not as usual a location as it is today for a prog rock group. Secondly, this was a huge success both in its original language and in translated or cover versions. Omega is a real monument in Hungarian rock history and this song comes from their second album, called "10000 lépés" (in English, "10000 steps"). The song title means "The girl with pearly hair" and it's a long, slow ballad with a slightly synphonic arrangement, soft keyboards and a psychedelic electric guitar and a very good vocal performance, featuring strong volume variations. 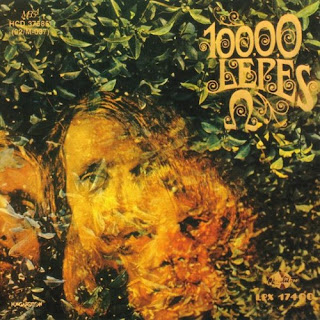 The original "10000 lépés" artwork.
The catchy chorus has an inusual strenght and a gypsy taste. I highly recommend the album version, including a short but good instrumental interlude and some more choral variations of the main tune. This song proves how the musical and cultural background of the late '60s, that was soon to give birth to prog rock, was widespread and not only in the Western countries.
Pubblicato da Domenico D'Alessandro a 18:11