Taken from "The Wake" album, this is one of the most inspired and well structured neo-prog songs of the 80s, IMHO. After an atmospheric keyboards driven intro, the track lives on a series of rock gusts where drums and guitars are in the foreground. A slow mid section just prepares the return of the rythm, also thanks to Peter Nicholls' voice. Peter deserves a special mention for his performance on this song, a very difficult one, obliging him to run after the other instruments during the faster passages and to fill the blanks between those rushes with more intimate accents. 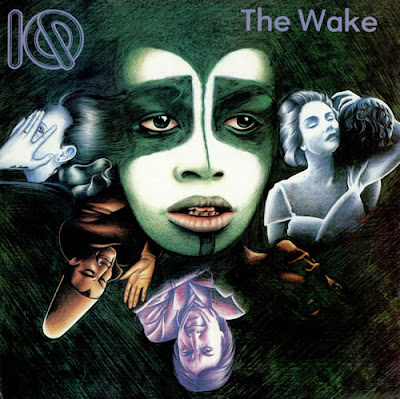 "The Wake" was the second album of the band.


He performs both tasks very well. This contributes to the final effect, that's to say a perfectly balanced track, swinging from melody to rythm, increasing the value of each member of the band. The dramatic use of all the instruments, both in slow and fast passages, gives an electric charge to the song, so, please, don't resume that old story of Genesis influence, 'cause I'm listening to a good piece of music and, really, who cares?
Pubblicato da Domenico D'Alessandro a 16:19