I like most of Black Bonzo's songs, but I admit they're often derivative ones, where one could easily recognize the inspirers (usually from the '70s), even if these Swedish guys mix them very well. This song is different. I could define it as a contemporary prog ballad, full of a morn atmosphere and - as the title says - of apocalyptic expectations. In fact, it's a mini-suite divided in three sections: A) Twins, B) Towers Collapse and C) The Boiling Point. The reference to the Twint Towers attack is likely but not clearly stated. 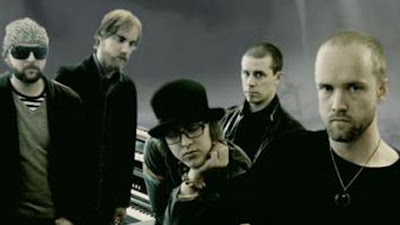 Black Bonzo: even their facial expressions are somehow apocalyptic!


The sung theme in the first part is gloomy and unceasing, like a growing dark cloud, but the majestic instrumental ssecond section open brighter gashes in this dying picture. The third part resumes the first theme, then introduces a bombastic finale that's the most glorious passage of the epic. There's no optimism there, but a wider point of view, a farther horizon. The sound of the whole track is a good compromise between the retro style of the band and some current musical worlds, such as the British post-progressive scene. The result is a powerful, winding, misty song I highly recommend to old and new prog fans.
Pubblicato da Domenico D'Alessandro a 23:22