Taken from "Wind & Wuthering" album, this track is considered the manifesto of the nostalgic wing of progressive rock. Introduced by a legendary Steve Hackett's sacoustic olo, the song goes on floating on a series of slow and atmospheric keyboard chords provided by Tony Banks, while the lyrics draw a sketch - midway between serious and ironic - of a very british old couple lost in the media world and missing the good old times. Phil Collins' words and performance are simply perfect here, conjuring up Tarzan and Christmas, Mother Goose and the Queen from a TV screen. 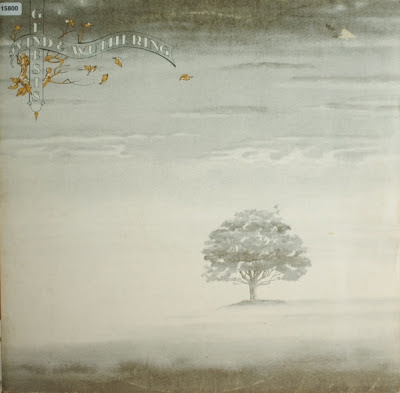 The cover art of "Wind & Wuthering" was simply perfect.


The misty sound of this track still rivets today many listeners to its out of time story, made of grey skies and warm fireplaces, somewhere amid downtown skyscrapers. Coming from his last album with the band, "Blood on The Rooftops" is strongly linked to Steve Hackett's musical world and proved in time to be a very influential song for the neo-prog revival of the '80s and the '90s (and so on). No one knows how many hearts fell in love with this song, but I know mine did so.
Pubblicato da Domenico D'Alessandro a 15:21