Often underrated, the suite "Baker Street Muse", from the album "Minstrel in The Gallery", is one of my favourite Jethro Tull's songs. True, there's an orchestra and this changes a bit the traditional rustic sound of Ian Anderson & Co., but the strings are always in the background and the group still plays the leading role all along the track. The melodies are wonderful, all accompanied by Ian's acoustic guitar, while his legendary flute appears here and there enriching the arrangements with its distinctive sound. The suite is divided in five parts, titled "Baker Street Muse", "Pig Me, And The Whore", "Nice Little Time", "Crash Barrier Waltzer" and "Mother England Reverie". Basically, each one is a ballad with arrangements and variations in the usual Jethro Tull way. 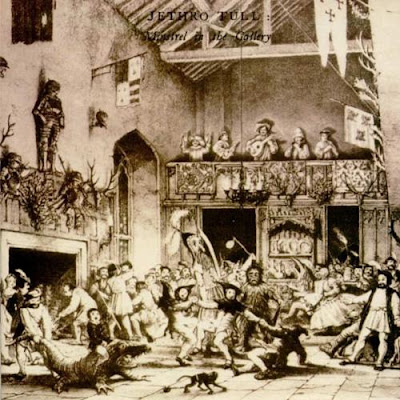 The final result is certainly a little less aggressive than in previous masterpieces like "Aqualung", "My God" or "Thick As A Brick", but the melodic parts and the musical architecture are even better. Also the lyrics, inspired by Anderson's own life contribute to the intimate atmosphere of most of the epic's themes. I think one should listen to this without any comparison with previous and following developments, just for the pleasure this almost 17 minute song can give. It's a lighter side of Ian Anderson's band, with a touch the Elizabethan imagery shown in the album cover art and - let me say this - a great deal of good music.
Pubblicato da Domenico D'Alessandro a 13:48