Also known with its official title "The Tide Is Turning (After Live Aid)", this is one of my favourite tracks by Roger Waters. It has a splendid melody and an atmospheric arrangement flowing and growing like a majestic river. The complete title includes a reference to the Live Aid concerts, even if Waters' participation was turned down by the organisation. 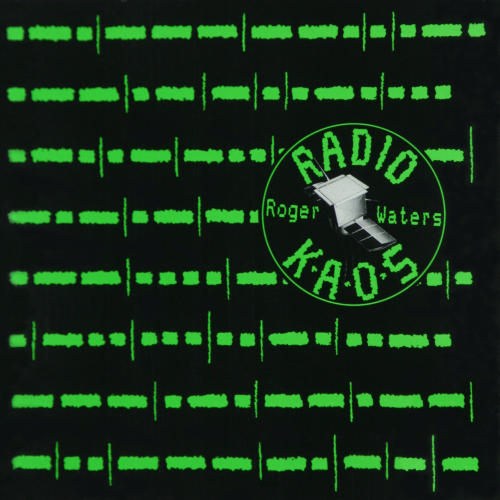 "Radio KAOS" was the fourth studio album by Wayters,
including two original soundtracks.
This song closes the album "Radio K.A.O.S." with a somehow optimistic note, as the rest of the concept was a bleak one, originally ending with the song "Four Minutes", staging a nuclear war. Thus, "The Tide Is Turning" has a brighter mood, a sort of anthem of hope for the human race. This song was also popular as it was the final track of the celebrated "The Wall Live" performance in Berlin. The studio version is also interesting for its discreet and effective electronic effects and for its first class vocal harmonies.
Pubblicato da Domenico D'Alessandro a 19:10