There are just a few suites that I can compare with this "Movin' on" by Swiss band Circus. It's the title track of their second album and surely is one of the most intricated, uncompromising tracks from the  Continental Europe prog scene of the '70s. Not only this band didn't include a keyboardist, they even didn't had a guitarist! Still, this song proves how diversified and interesting prog can be without the two most iconic rock instruments. King Crimson somehow influenced this music, especially when the winds come in, but there are some vocal harmonies you could easily credit to Gentle Giant and a talking bass guitar that seems Yes-oriented. 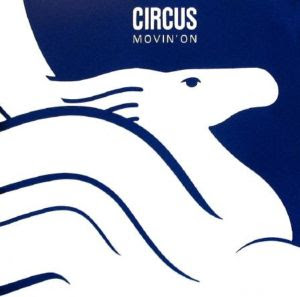 
The truth is that Circus were just Circus and their "Movin' on" is a stunning display of melodic fantasy and rythmic invention. And it's simply impossible to get bored when listening to such a series of musical tricks and treats. Some atmospheric moments break the rythm and a few sung verses give a definite idea of the band's songwriting potential. In want of a better description, please listen to this.
Pubblicato da Domenico D'Alessandro a 16:21