This four-parts suite belongs to the early and more Floydian PT's production and opens their third album in a spacey and atmospheric way I definitely like. The influence of "Shine on You Crazy Diamond" is patent, still there is a more electronic approach and a very eclectic architecture. The intro, titled "The Colour of Air", is a synth-based section building up a deep, introspective atmosphere à la Rick Wright. When the guitar comes in, the Foydian painting shines in all its glory. But the following parts enrich this background with flushing and diversified touches, ranging from acoustic ballads to energic rock and getting more original. 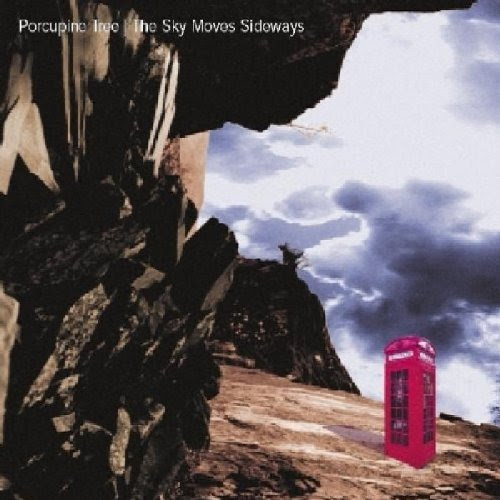 There are three different CD releases of this album, the last one
(2004) includimg some interesting bonus tracks.


This is also one of the best vocal performances by Steven Wilson, deep and effective, a good collection of evocative chords  and - last but not least - a brilliant essay of well assorted soft and loud moments. There is also a second part of this suite at the end of the album, but I think this one is the strongest one by far and can also be considered as a stand alone track. Probably "The Sky Moves Sideways" is where Porcupine Tree's legend was born.
Pubblicato da Domenico D'Alessandro a 10:36