This is a beautiful, airy and classically influenced instrumental. It comes from Wurtemberg's debut album called "Rock Fantasia Opus 9". Wurtemberg are the brainchild of Alain Carbonaire, a French multi-instrumentalist fond of a big variety of ancient instruments, some of which you'll find in this track. That said, the piano rules "Rock Opus 7", providing the dynamic and sometimes syncopated pattern on which the other instruments - mainly acoustic ones - add their different voices, building up a symphonic and vaguely medieval sound. 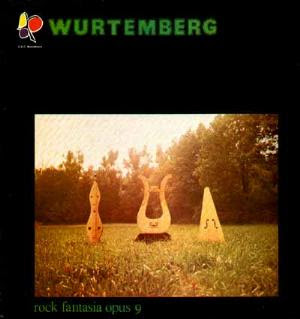 Unexpectedly enough, the band came back in 2008 with
"Rock Fantasia Opus 10", their second studio work.
The musical themes spring up and intertwine with both delicacy and liveliness. A special mention goes to Gilles Michault-Bonnet's flute and to Bernard Maitre's xylophone, but everything is in tune and the perfect balance is probably the greatest merit of this track. It actually gives me a little bit of happiness, this song. What else could I expect?
Pubblicato da Domenico D'Alessandro a 17:59