Strangely enough, the Dutch prog scene in the 1980s seems to be packed with one-album-only bands and - what's even stranger - many of those unique works are very good ones. Lethe released their self-named LP in 1981 and this "Avbury Circle" is one of the four instrumental tracks included in it. It's a completely original kind of music, where classical references and jazzy passages follow one another. 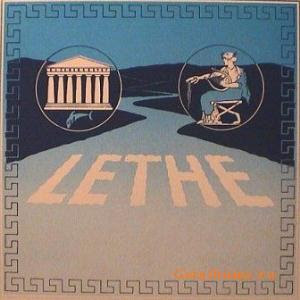 This is an album that's worth a wider diffusion, IMHO.


Thuur Feyen's piano surely is one of the strongest points of this interesting piece of prog, giving a special dynamic touch to the music, then here you are a spendid choice of acoustic instruments, including a pleasant xylophone and a mysterious cor anglais. That said, the electric guitar and the bass are also present and very well played, so that the final picture is a diversified, deep and sometime devilish one, something you don't easily find elsewhere. I do hope such a pearl won't be forgotten by my progloving friends.
Pubblicato da Domenico D'Alessandro a 16:49

Email ThisBlogThis!Share to TwitterShare to FacebookShare to Pinterest
Etichette: 1981, 80s, Lethe, The Netherlands