This is maybe the most successful song by a prog band and it's astonishing how it remains popular today and as actual as it was in 1983. Sure, "Owner of A Lonely Heart" isn't a typical fully progressive Yes song, I'd say it's one of the first examples of prog-pop track, a model many will follow but only a few (Genesis, mostly) will reach in terms of sales and quality. In fact, I think this is a great song, progressive in a way, because it's so full of ideas, so flushing in its sound solutions that each time I listen to it I find something new. After all, the original Trevor Rabin's composition was widely enriched by Jon Anderson's and Chris Squire's contributions. In its final version, it opened the 90125 album, the first Yes album of the "Rabin era". 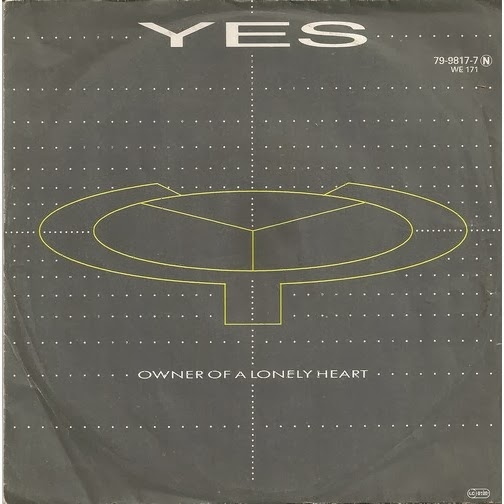 The single version of the song was shorter than the album version.
It peaked at # 1 in US Billboard single charts.


The Yes brand is recognizable in the syncopated rythm, in Chris Squire's excellent performance, in Jon Anderson's inimitable voice and in the clever arcitecture of the the track. Probably the band knew they were working on a virtual hit, but they avoided any unnecessary repetition of their catchy tune and put in good variations, instrumental interludes and a final fading bridge. But they won all the same and if the early fans turned up their noses, the song is still there, across many years and generations. Listen: another radio DJ is broadcasting "Owner"!
Pubblicato da Domenico D'Alessandro a 23:01