Who could possibly forget this track closing the A-side of "Dark Side of The Moon"? Clare Torry's vocal performance is simply stunning and the spacey atmosphere of the song takes the listener away from the Earthly world. The starting Rick Wright's chord progression opens the gates of another universe, then the soft, waving vocals begin. Clare Torry's performance had an interesting lawsuit, as the singer sued the band a royalty sharing, being his vocals a free improvisation and therefore kind of an instant writing. An agreement was reached between the counterparts and Clare features today as a co-author of "The Great Gig in The Sky". 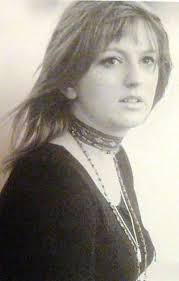 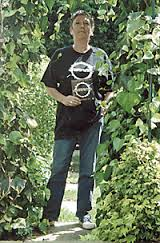 That said, this is one of the most moving Pink Floyd's songs and surely Clare Torry's contribution is essential. But the Hammond organ is also very effective, while the rythm section (drums and bass together, then only the bass guitar) dictates the flowing pace of the music. I also like the piano, appearing in the final and whispering section. Being strictly linked to the previous song "Time", that was about the shortness of life, "The Great Gig in The Sky" deals with life's end, that is death or better, after-life. Never listened to a sweeter depiction of such matters.
Pubblicato da Domenico D'Alessandro a 14:29