This is probably one of the first fully Genesis songs, featuring the magic, foggy, suspended atmosphere that will caracterize the band's best down tempo tracks. Sure, the 12 string guitars are essential in this early era, as well as Anthony Phillips' contribution to "Trespass", the first "real" Genesis album. The lyrics of "White Mountain" are about a young wolf breaking his tribe's taboo forbidding any member of the group apart the king to touch the sacred sceptre and crown. For his trespass the culprit will die in a snowy and bleak landscape. 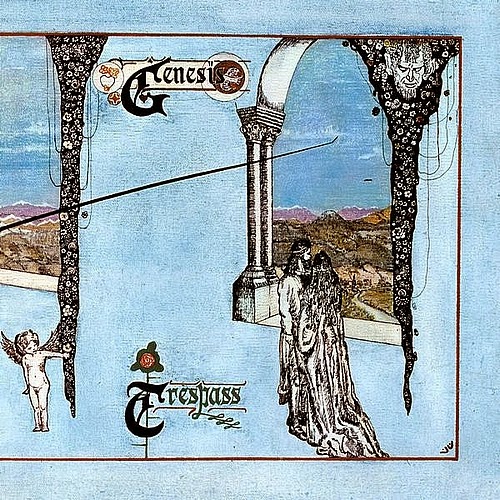 This was the first Paul Whitehead's covers for Genesis.

The music is perfect for this subject, timeless and arcane, muffled and profound. Peter Gabriel's vocals are deeply stressed and often reinforced by the rythm section and several good harmonies. Being the fruit of a band of teenagers, in spite of some unavoidable naiveties, this song is surprisingly mature and still today is a source of inspiration for hundreds of bands worldwide. Yes, Fang, son of Great Fang, shines on.
Pubblicato da Domenico D'Alessandro a 16:15