This 15:39 minutes epic by the Australian band Aragon is a beautiful specimen from the '80s so called neo-prog scene and one of the very few from Southern emisphere. Strongly influenced by the British models of its period, the song - taken from the debut album "Don't Bring The Rain" - has nonetheless its own character, combining in the opening section syncopated drumming reminiscent of IQ with passionate vocals à la Fish and lots of good musical ideas with no specific inspiration. The central part of "The Crucifixion", featuring a rarefied atmosphere and suggestive vocals is maybe my favourite one. 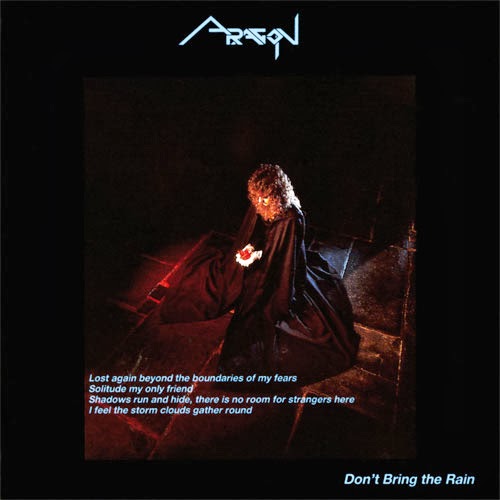 This was the first of six studio albums by Aragon.


Les Dougan really cries out its soul here, and Tom Behrsing's keyboards create a magic universe I still like, with a hint of lost childhood inside. The sound quality isn't perfect (oh, not at all...), but I get the feeling nonetheless and the final sorrowful instrumental brings on the typical kick inside good prog always gives to me. Later in their career, Aragon will grow a more personal style, but I'm grateful to those musicians for this early, easy, bittersweet song.
Pubblicato da Domenico D'Alessandro a 17:02