In just 2:20 minutes this Focus' song managed to become a cult. True, this instrumental track from the album "In And Out of Focus" was lucky enough to be chosen as a signature tune in a pair of British TV and Radio programs, but I think the main reason of its durable success is its catchy and well arranged melody. Yes, it's similar to some Jethro Tull's songs, but "House of The King" has its own features, especially the pleasant medieval taste (more like Gryphon than like Jethro Tull) and the perfect mix of acoustic guitar, flute and handclappings, not to mention the electric guitar solo acting as an interlude. 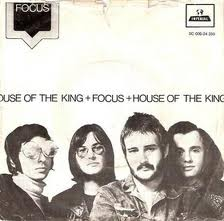 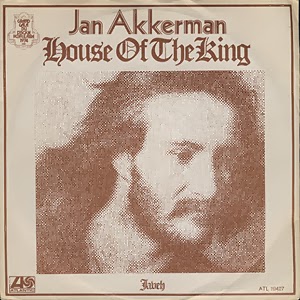 Here are the 7" single covers of both versions of this song.


Be as it may, this short instrumental is irresistible today as it was in 1970: simple as it appears, it's a cleverly set up piece of music introducing the prog world to Thijs van Leer's flute. The band's guitarist Jan Akkerman, who actually wrote the song, also released it as a single taken from his first solo album, "Tabernakel", in 1974. Here you'll find a full orchestra but - alas! - no flute. Both the versions of "House of The King" entered the Dutch Charts. Not surprising, I daresay.
Pubblicato da Domenico D'Alessandro a 15:39

Email ThisBlogThis!Share to TwitterShare to FacebookShare to Pinterest
Etichette: 1970, 70s, Focus, The Netherlands