A  splendid trance prog track, with strong Floydian influences (and after all RPWL were a Pink Floyd cover band) and a lot of beautiful atmosphere. But there's more than this: the slow sung ballad, well performed by Yogi Lang - has an effective melody and the three parts of the song form a coherent and never tiring set. Those sections are separated in two different sections along the band's first CD "God Has Failed": the first two parts - alled "Fly" and "Crawl to You" - open the album, while part 3 - "The Promise" - stands alone as the ninth track of the record. 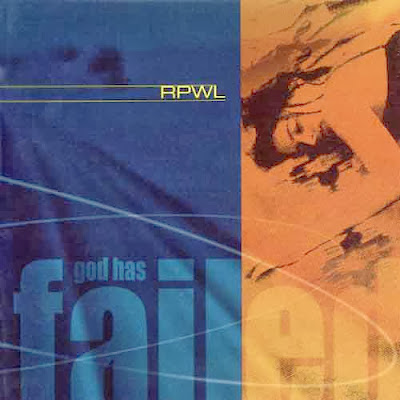 The album cover by Stefan Wittmann with photos by Birgit Bittermann.


The insrumental section ("Crawl to You") features a stunning Gilmour-esque electric guitar solo, but with a warmer feeling and a fully melodic touch, getting even more heartbreaking in the last section. Later in their career, RPWL will find a more original sound - you'll read something about this elsewhere in this blog - but the old dreaming and pleasant style will never bore me.
Pubblicato da Domenico D'Alessandro a 14:46