In 2012 Marillion were back to epic songs in their "Sounds That Can't Be Made" album and this is the longer track they released then, a genuine prog rock suite. It's a track I love, so varied and strong, both in music and lyrics. Not an easy topic for sure, because this is about Israel / Palestine conflict and tries to describe the daily life in Gaza strip. A risky task, I daresay. Steve Hogarth interviewed both Israeli and Palestinian people in order to provide a neutral narration with no offence for anyone. It's up to you to decide if he succeeded, but certainly he gives an impressing picture of life conditions in that restless enclave, adopting the childrens' point of view and thus avoiding all political comments. 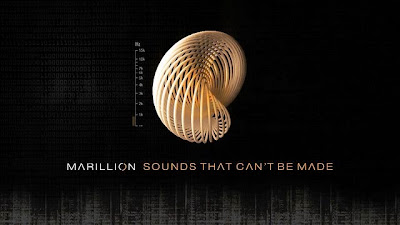 "Sounds That Can't Be made" is an album I like very much.
I think it brilliantly mixes old and new Marillion's sounds.


Back to music, now. There are - obviously - strong, heavy passages, but also sweet and pensive ones, a kaleidoscope of moods and emotions, all plug in a coherent frame. Some of the melodies are excellent and all the musicians contribute to the big picture. I can't choose one section of this suite as my favourite one, but the mostly sung part between minutes 11:45 and 14:30, including a Steve Rothery's electric guitar solo, is simply moving. After all, when a 17 minutes track flows away in what seems to me 5 minutes, I bet there's something good in it.
Pubblicato da Domenico D'Alessandro a 10:20