This Canadian band, whose main quality is the eclectic approach to prog music, tried many times to release a fully enjoyable album and finally succeeded in 1995 with "The 13th Generation" intricated concept. This song, in particular, perfectly shows the group's rich and varied musical palette. The rock opera mood of this mini-suite including three movements is clear and underlined by emphatic vocals, very good guitar riffs and a variety of orchestral arrangements. 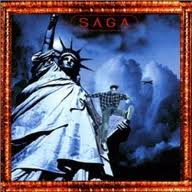 Like in a film soundtrack, many different atmospheres follow one another, but the recurring themes and a clever architecture give to the track a merry and coherent personality. The vocal harmonies are also good as well as the always changing rythm. An unusual song, even for the unpredictable prog rock scene, but a very good one I appreciate more and more.
Pubblicato da Domenico D'Alessandro a 18:14