Taken from the album "Parallax", the third release of this Japanese band and their second studio work, "Suite Ran" is one of the best pages in the often underrated book of the far eastern archipelago progressive rock. Strongly influenced by King Crimson, Bi Kyo Ran has its own trade mark, made of a well found mix of melody and experimental passages, as this 21 minute instrumental epic proves very well. 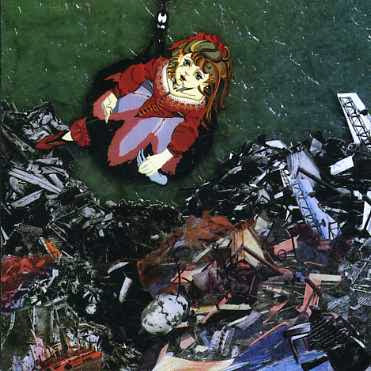 "Parallax" is one of the best known Japanese prog albums ever.


It is divided in 5 movements, each one with a distinctive mood. The first one is based on an excellent keyboards plot, plain and effective, stretched and almost geometric, then - on the second and third movements - the rythm section (the group was a trio in this period)  increases its presence on a mysterious atmosphere with unpredictable and pleasant developments, including a jazzy jamming. The experimentation reaches its summit in the fourth movement, where a powerful crescendo based on six notes overwhelms the listener and when the noise seems to rule the track, the volume suddenly falls down and after some clock effects gives way to a sweet and poetic finale. How many surprises, what a good music!
Pubblicato da Domenico D'Alessandro a 23:06