"Criaturas da noite" ("Night Creatures") by O Terço is one of the best brazilian prog albums I've ever heard and "1974" is by far my favourite song in the band's production. It's a dreamy and melodic track, not too far from the other latin language countries productions of the same period. It's an instrumental song but there are pleasant choral arrangements similar to Yes but catchier and more relaxed. What I most appreciate here are the complex architecture exploiting very simple ideas and the main theme recurring variations, let alone some beautiful guitar solos. 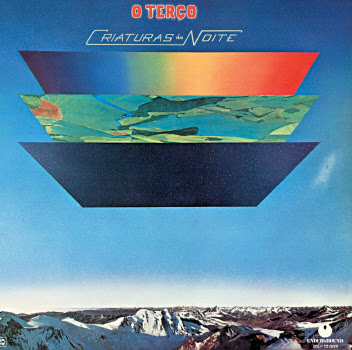 
There are so many different moods in this song, so many unpredictable changes in tempo, instruments and even genre, going from psycheledia to funky and from arena rock to floyd-esque atmospheres. Really, I can't be bored by such an iridescent composition and each time I listen to these 12 minutes of good music I enjoy them more.
Pubblicato da Domenico D'Alessandro a 12:21