This is the 10 minute title track of Kansas' second album and one of their most enthralling ones, IMHO (and maybe their most Yes-influenced one). Full of rythm and changes, featuring a rampant Steve Walsh' vocal performance and the well known Rob Steinhardt's violin, this song also shines for its stunning instrumental middle section. Here the band's creativity achieves its top: a series of piano melodic chords lead to some bass driven folk riffs and finally here's the violin and the main theme coming back. 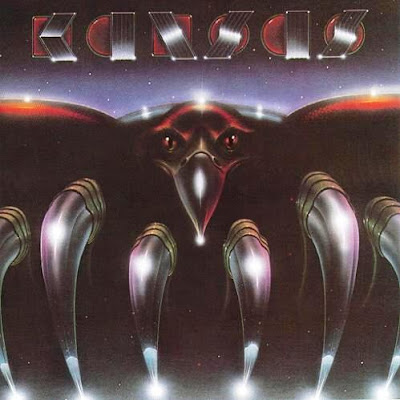 
In short, this is a pefect specimen of Kansas' prog rock, a crossover kind of prog, where synphonic arrangements meet jazz, country and melodic rock. This song is also a two-faced portrait of America, describing its natural beauties and its darkest historical pages, with the transition from the early days of human colonisation and respect for the land and the recent concrete and asphalt devastations. As usual for Kansas, good music to enjoy and good lyrics to think over.
Pubblicato da Domenico D'Alessandro a 17:08