This is one of the most loved three minute prog songs ever... and it deserves it. This gentle ballad provided an evergreen standard when it comes to prog folk, a very fruitful one. The band originally released it in the 1971 EP featuring the same name, them included it in several anthologies and compilations. 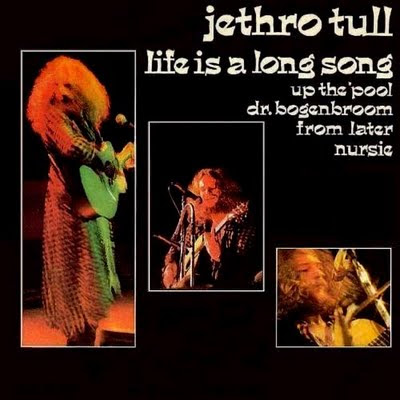 The original cover of "Life Is A Long Song" EP.
It peaked at #11 in the UK charts.


The track is certainly on Jethro Tull's soft side, but - in spite of the orchestral arrangements - it isn't a mellow one. I'd rather say it's a sweet and nostalgy song, with  lyrics wandering through sadness and hope. The short and airy refrain fades out in a guitar chord and still reminds us how that life's a long song, but the tune ends too soon for the song. Really, one can't be tired of a such a song!
Pubblicato da Domenico D'Alessandro a 09:11