This is the first installment of Canario's "Ciclos", based on Vivaldi's "Four Seasons" and released in 1974. This first part (or primera transmigración) of the Spanish band's masterpiece is a 16 minute suite in six movements and starts with a long series of effects finally introducing a very inusual melody sung by a female voice and called grito primario (primary  scream). Then, Vivaldi's Spring main theme comes in in a beautiful electric version with guitars, keys and drums weaving their sounds. Canarios perfectly represent the festive mood of the Italian composer's masterpiece. 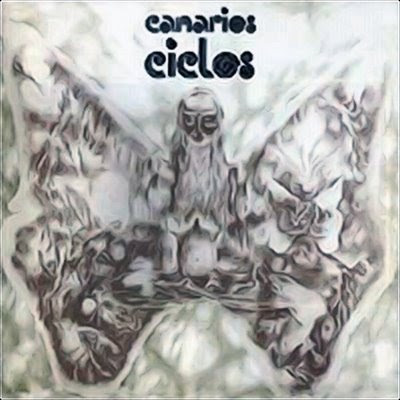 The cover artwork of "Ciclos", no doubt one of the most known
Spanish prog-rock albums.


After this classic cover, Rudmini Sukmawati's soprano voice comes back with a stunning and theatrical performance, followed by the rest of Vivaldi's Spring theme, initially played by classical instruments, then by electric ones with some pleasant variations. This epic definitely proves how charming the classical-rock fusion can be when done with pure and unaffected joy. The joy of playing music and, of course, the joy of enjoying it.
Pubblicato da Domenico D'Alessandro a 23:28