Well, I couldn't skip this one in my collection. "Kayleigh" isn't just a song, it's kind of a symbol, the mark of progressive rock re-birth after its too hastily declared death. His reaching # 2 in the UK charts and many other National charts was the living proof that someone still liked the genre, as the relative album "Misplaced Childhood" huge success confirmed. But, of course, "Kayleigh" is also an excellent song, based on an original rythmic background and featuring a very good melody sung by Fish in all the splendour of his passionate and sensitive style. Steve Rothery's guitar also increases the artistic merit of the whole song. 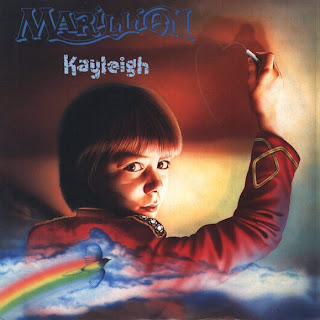 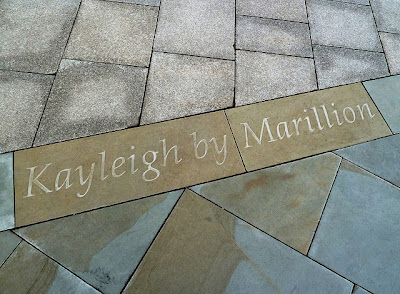 ...and a detail of Market Square new pavement in Galashiels.
The story of Fish and his ex girlfriend, as narrated in "Kayleigh", keeps a special place in prog history and also was worth a monument, as the Scottish town of Galashiels inscribed the song lyrics in the pavement of its Market Square, the very place where the romance began some decades ago. That said, I ask you once again: could I skip this song?
Pubblicato da Domenico D'Alessandro a 12:58