One of the most ambitious and successful suites in the Italian Prog scene, "Zarathustra", the 20 minute title-track of a legendary album released in 1973, is divided into five movements and is worth more than one careful listening. The first virtue of this song is its rich flavour, coming from many inspiration sources, all perfectly melted in an original, misty and somewhat dark style. Harder and softer moments set up a carefully built and variously structured composition, supporting complex lyrics based on Nietszche's masterpiece "Thus Spoke Zarathustra". 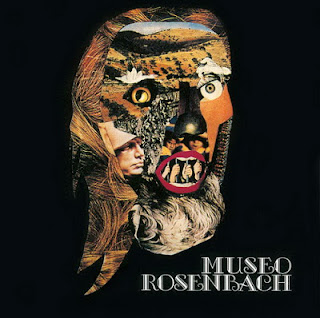 This is the cover art of "Zarathustra".
A controversial one back in the 70s.


If the architecture of this song shows classical influences and melodies play an important part in it, you'll find more up-tempo passages than usual in other Italian prog suites and also a greater fluidity, so that each change comes as a surprise. All the members of the band are Worth of a special mention, but I'd like to point out Giancarlo Golzi's emphatic and original drums. Unfortunately, this masterpiece belongs to the sole band's album. A short career that leaved a big trace.
Pubblicato da Domenico D'Alessandro a 11:28