Here you are an Australian band from the '70s packed with 14 musicians, including rock and classical instruments and playing an amazing mix of melody, jazz, musical and prog rock à la King Crimson. This is one of the two suites included in their second album, titled "Fantasy of Horses". It's somehow puzzling and also funny how Rainbow Theatre swing from opera to pop rock and from fusion to prog. 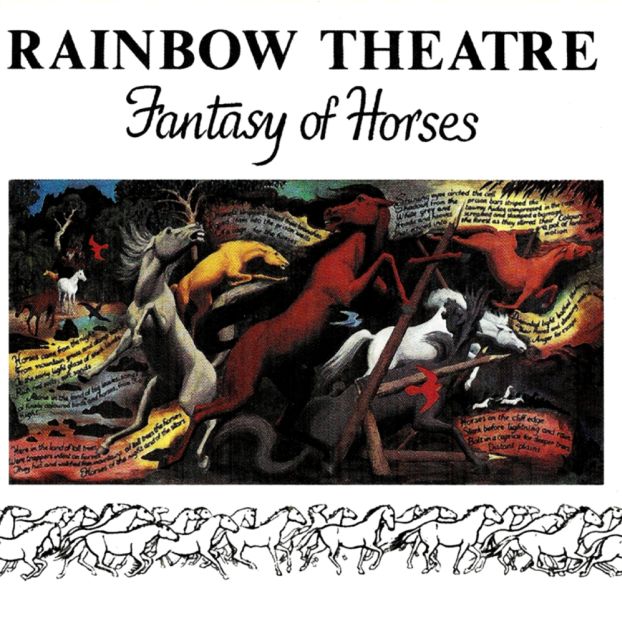 This epic is divided into five parts, each one adding its own distinctive touch to the big picture, until the last one bring us all back to the Court of the Crimson King. Keith Hoban's tenor voice is a strong point here, with a lushing orchestration and a dramatic mood, even if the concision of each movement give a lighter and lively plot to the entire song. Such a pity this band is virtually unknown outside Australia.
Pubblicato da Domenico D'Alessandro a 18:01