Grand Stand are a Finnish act lovingly caring their Genesis origins and I can't blame them for this. The problem is that their first album was mostly a derivativeone, too much similar to their model (well, more or less, I mean). But their second CD, called "Tricks of Time", is far better. Sure, the Charterhouse band is still there at their side, but many other influences, and a new rhythmic fantasy as well, enrich Grand Stand's musical horizon. 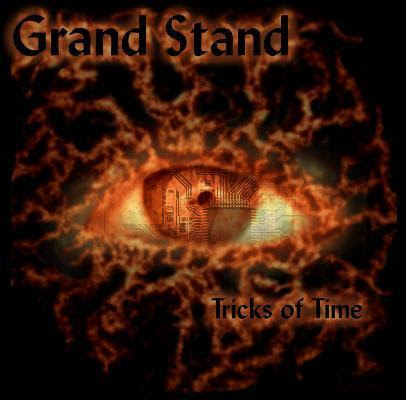 This band also contributed to "Kalevala", a very
good AAVV 3CD concept based on Finnish sagas.


The track is rather long (more than 11 minutes), but features so many changes and moods that you could even ask for more. Olov Andersson's voice is good and strong, but the sung parts are less original than the instrumental ones. These are really  unpredictable and charming moments, with a special mention to Michael Jensen's guitar. A good track for traditional prog fans and maybe for all prog fans.
Pubblicato da Domenico D'Alessandro a 00:20