A rather vast production of prog or prog related rock sprung up in Eastern Europe between 1973 and the early '80s.  Ota Petřina is one of the finest authors of that wave and he released the album "Super-Robot", probably his best one, in 1978 under a label band bearing his own name. This track, "Já nejsem já" (something like "I'm not myself"in English), opens the LP. 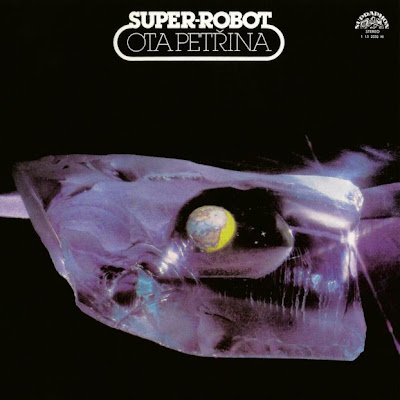 Ota Petřina also released an extended 2-CD version of this album in 2009.


It's a mellow and spacey epic, very well written and played, somewhat reminiscent of the most known British prog heroes, but with a special, introspective and pulsing sound of its own. Also the lyrics in Czech contribute to that, and even more do so the delicate acoustic interludes, breaking the ruling keyboard / bass guitar interplays. I really enjoy this song each time I listen to it and so I hope yo'll do.
Pubblicato da Domenico D'Alessandro a 13:29