This three parts little suite, taken from the album "Alone", is one of the best songs of Clepsydra, a Swiss band whose music is a clever and personal interpretation of the '80s and '90s so called neo-prog. Their sound is rich and dynamic, as this "Travel of Dreams" proves it very well. Keyboards, guitars and drums are probably the best features here, but the whole piece is worth a keen listening. One of this song's strongest points, IMHO, is the perfect mix of sung themes and instrumental passages. 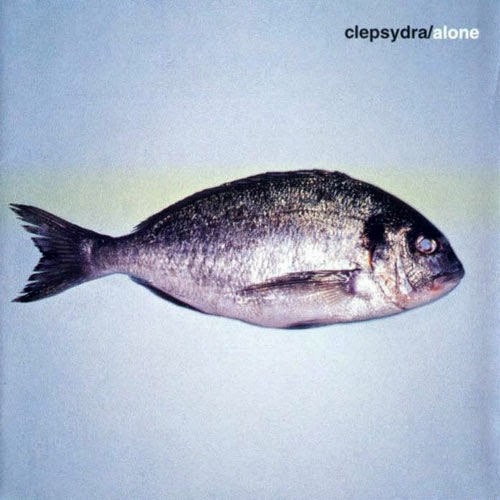 "Alone" comes with three alternate cover arts. Besides this "fish"
version, you'll find the "octopus" and the "chicken" ones.


You'll find melody everywhere, and dreaming moods, too. This doesn't mean the track's a sweetish one: Clepsydra never goes pomp or bombastic, their music has a neat and discreet nature, and if it's relaxing, it isn't boring. A special mention goes to Aluisio Maggini's voice, both strong and sensitive, and to Marco Cerulli's guitars as his solos probably represent the most recognizable trade mark of Clepsydra. Not made for musical Revolution, but surely made for musical Meditation.
Pubblicato da Domenico D'Alessandro a 16:51